“CANUK Flight C U K zero six one L to Victoria, will all passengers proceed to gate thirty six”A swell of sadness pooled inside Chrissie’s stomach. He had to leave and go back to that horrible mess waiting for him. She headed towards the sofa where Miles was hiding at the back of the store.Everything around her faded into the background. His loafer-clad feet dangled over the arm rests and the book she’d handed to him rested open on his stomach. But his dark lashes fanned his cheeks as he slept and his chest rose and fell in a relax rhythm.A fire burned deep in Chrissie’s stomach just from the mere sight of him. It singed the air from her lungs. Short, shallow breaths sucked in and out as she approached the sofa. Girl, get a grip!  Her mind screamed, though her heart raced. Somehow, Crissie had to figure out how to control this inappropriate teenage crush. Miles was having an incredibly hard time and this was how she had gotten into trouble the last time. All she had to do was wake him up, get him out of the store and on to the plane without him figuring out that he had an effect on her.

His eyes fluttered open “Hmm” His smile turned her insides to a quivering mess “I was just dreaming about you.” His jaw dropped his mouth forming a perfect ‘O’ shape. “I…I mean…I was thinking … and I must have …” He swung his legs over the side of the sofa, pulled himself to a sitting position and placed his feet on the floor beside her. “Damn it, Christina” In one movement his hand gripped her elbow, he’d shot them both up to their feet “I always dream about you.” His head swooped lower. His mouth claimed Chrissie’s lips.

Chrissie stiffened. He is married, she chanted, pull away. But instead, of their own accord, her eyes closed and her body melted into Miles. His grip on her loosened. Her resistance swept away by the dizzying effect as his kiss softened against her lips. The sound of the busy departure lounge outside the store faded behind the blood rushing through her ears

The scent of stale aftershave, mixed with a musty scent of soap and an unfamiliar scent of detergent filtered Chrissie’s nose. He smelled like a man who had spent thirty-six hours in an office. He was not fresh or clean, but there was not anything unpleasant about Eau de Miles. It was the smell of getting up a having a couch potato day when showering was left for the evening. He smelled better than when he had beckoned her into his personal space two weeks ago.

Chrissie’s hands slid upwards over the thin cotton of Miles’s shirt. Her fingers trace over the ridges of his firm abdominal muscles beneath it. Her hands hovering at the rapid rhythm of his heart, her own heart matched his beat for beat. She continued her upwards exploration of his chest and round his neck. Her fingers found the rough edges of his recently trimmed hair. Their lips parted. his tongue touched with hers, once, twice, three times. Her head spun around again.

He tasted of espresso and peppermint and something that Chrissie didn’t recognize but knew she would only ever be able to describe as Miles. The concoction was irresistible and it had exactly the same effect on her as praline and cream flavored ice cream. A satisfied sigh slipped from her lips. Miles groaned in reply. He wrapped his arm around Chrissie’s waist his hand pressed against her back, pushed her forward until there was no space between them.

He pulled her closer even still, lifted Chrissie up on the tips of her toes. His chest crushed against hers, his hips pressed into her stomach, his thighs touched hers and his body warned her exactly what he wanted from this kiss.

The image of dragging Miles into the storeroom flashed through Chrissie’s mind again. The need now burned deep between Chrissie’s thighs, flooded her entire body with a desire so powerful that it left her breathless. She wanted Miles as she’d never wanted any man before. Not even her husband. Chrissie gasped. Her eyes opened. She tore her mouth away.

Miles’s shocked gaze locked with hers immediately. His horrified expression reflected the emotions that ran through Chrissie’s blood like ice. He’d dropped her like she was hot charcoal and leaped away. He put at least a meter distance between them.

Miles stared at her. His chest puffed out, held on to the air like it would save him from the guilt that had already begun to crack his shield of horror. His tongue wet his lips before he pressed them together.

“CANUK Flight C U K zero six one L to Victoria” The voice echoed between them. They both knew that this was his flight. “Final call for passenger Cole. Can Mr. Cole proceed to gate thirty-six immediately?”Miles looked at his hand luggage. He looked back at her, torn between the choice of leaving the situation opened ended for two whole weeks or miss his flight and face the temptation of staying with her. 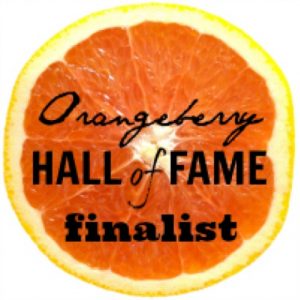 Tainted Love is a finalist!

It’s Time to End the Silence