You were fifteen the first time you asked about Mom and Dad.

When you were little, sometimes I’d tell you about them instead of reading you bedtime stories. I’d tell you about everyone. Our parents, our grandparents, about the uncle we had who died when you weren’t old enough to understand what drugs were. I even told you he died of an overdose. I didn’t tell you that he’d disappeared with all of the inheritance money and the money from the sale of the house after Pops died.

I don’t think I was supposed to know. But it was hard not to listen to the adults’ conversations when you’ve been sent to your room for no reason. I’m sure you, Georgia, and Caleb did the same, don’t think I didn’t hear you when you scrambled up the stairs as you tried not to get into trouble.

So anyway, Mom and Dad.

I was preparing dinner, Georgia and Caleb were with friends and Cal was still at work. it was just you and me and you were pretty mad when you came into the kitchen. I remember because your homework was a specific history project and you had were supposed to ask your parents or grandparents about the Second World War. That was hard for you and me because we didn’t have any parents or grandparents to ask. How did you complete an assignment like this?

I told you what I could remember from Pops’s stories but I couldn’t answer the specifics you needed. In the end, I told you I’d talk to the elderly neighbor across the street, the one who baked cookies for you when you did chores for her, like cutting her lawn and trimming her hedges. I said I’d clear it with your teacher too, I never wanted you to feel different from the other kids, or underprivileged somehow because of our unique situation. But there were times when you were at a disadvantage and this was one of them. I guess the old lady over the street was a good compromise for the school, for you, and Mrs. Mitchell, who would bake you more cookies while you kept her company doing her favorite past time, reminiscing.

So then, you hovered around the kitchen, took a sharp knife from the block, and began peeling and chopping vegetables for the casserole.

“What were they like Fay?”  You asked and I knew you were talking about mom and dad. So I told you. They were wonderful loving parents who wanted to give you everything. They wanted you to go to college, and play football, but most of all they wanted you to be happy. They would be so proud of you.

I told you about Dad’s dreams of a nationwide psychiatry empire that you’d take over one day. I told you about Mom’s garden that I’d restored for her and her amazing apple pie recipe. I think you must have been feeling their loss that night because I’m sure you wouldn’t have stayed to cook with me if you weren’t. You wanted to know how to make Mom’s pie so we had one for dessert. Can you remember? I told you what to do and while I made casserole you made the pie and it was delicious, better than the ones I’d ever made.

I know I should have told you about the adoption then but somehow it didn’t seem right. You wanted to know what your parents were like it didn’t seem fair to tell you they weren’t your real parents. I guess I messed a few things up when it came to you because I didn’t want for you to feel different from any other kid your age and I lost sight of the fact you were.

“How did they die Faith?”

I’d been avoiding telling you the truth but I knew this day would come. So I made some hot milky cocoa and we sat down at the table while dinner cooked and I told you they were shot at an incident at work. I told you Cal had been there that day too and after three people were shot he wrestled the patient to the ground with a syringe full of sedatives and put him out cold. It was hard to tell you about their deaths and I think, once I started to cry, you comforted me more than I comforted you. It warmed me to the bottom of my soul when Cal came home from work and you wrapped your scrawny arms around him. You told him ‘thank you’ and for what we weren’t sure.

But you left the kitchen and he crossed to where I sat. He bent down to kiss me, the same as he did every night. “What was that all about?”

I just looked at him, at the delight in his eyes, and I told him how grateful I was that he’d stayed with me, with you, with our kids, in the life he didn’t want.

“God Fay that was years ago.” He sighed and plopped his butt on the same chair you’d left. “What’s brought this on?”

“I’m not stupid Calvin, don’t think I don’t know if you hadn’t knocked me up you’d have been gone long before we were married.”

His hand came up and he cupped my cheek in his palm. But he admitted the truth to me. “You and me, Fay, we got real serious real quick and I’m not going to lie. It scared the hell out of me.”

I knew he was talking about Emma and Evan, about the fact he lost everything when he lost them. I think I’d be too scared to start again if anything happened to him and I had to go on alone, even though I had offered him the chance to get out before.

“I’m older and wiser and had way more experienced than you, I should have known better all those years ago.” He made it sound like a lifetime ago, and sometimes when I looked back it feel like one, but most of the time it seemed like only yesterday I was telling him I was pregnant with Georgia when it had actually been ten years. “I made a choice to take you to bed without protection. Just like you gave me a choice before Caleb arrived. Neither one are decisions I’ve regretted. Not once.”

“Sure life threw a couple of wrenches in the works and sure they drive me crazy. You drive me crazy sometimes too. But whatever life’s thrown at us we’ve dealt with, and we’ve fixed it. We always do.” He pressed his lips against mine. “I love you, Faith, I love our children, Our lives, and if I was given the choice I wouldn’t change a thing.”

A few days later we argued about you. He shouted at me and called you names and he held me so hard it pinched, and the next day, amidst his heartfelt apology, told me he actually wanted more children. This from the man who wanted to travel the world unhinged by responsibilities and expectations of family life. 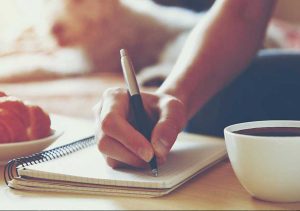 Why Can’t You Write A Novel? 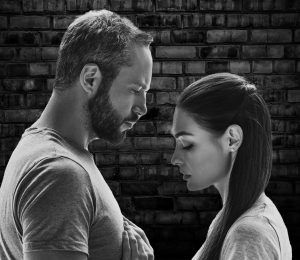